"Your church is already digital" – Interview with Tim Hutchings 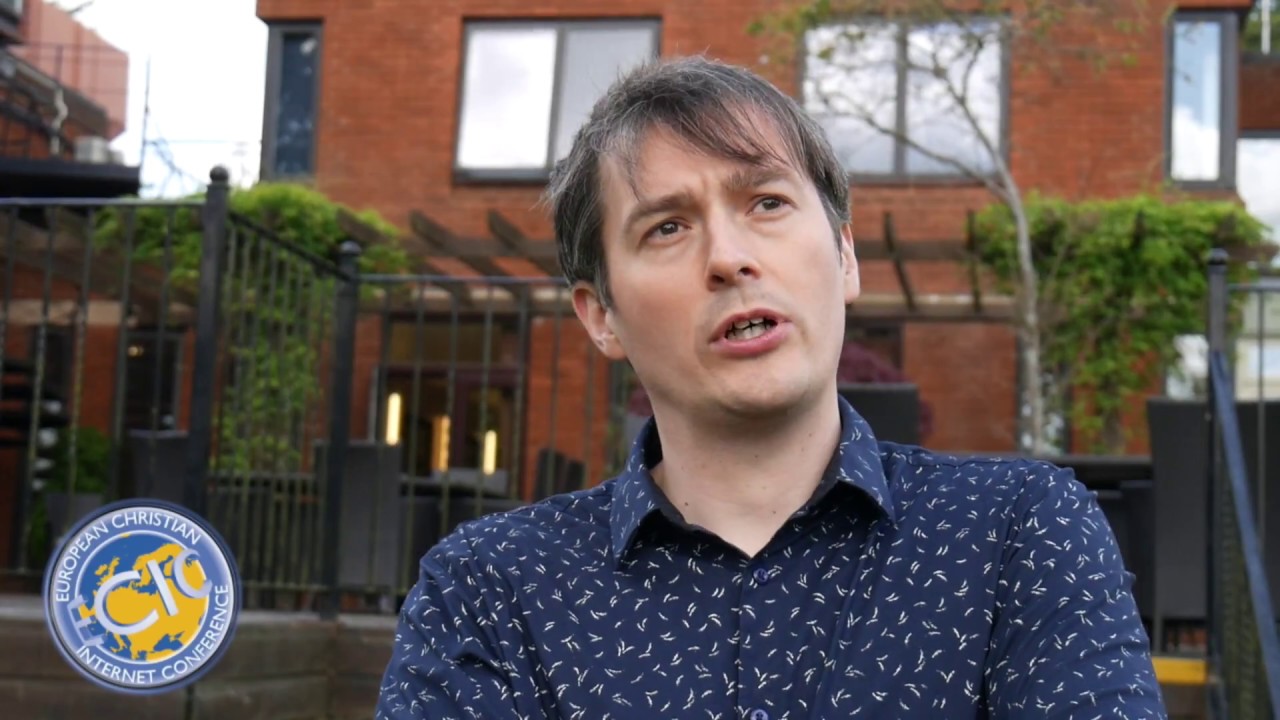 At the end of ECIC Conference in London, I had the chance to interview Tim Hutchings, author of the book „Creating Church Online: Ritual, Community and New Media“, on how churches are becoming digital.
There is a discussion on social media in Germany about the digital church. You are looking at it from a broader international perspective. What is a digital church?

I really had to think about it in my research because when I was starting my academic research we would talk about online and offline as obvious concepts and so I would talk about online church and offline church but as soon as I started writing I realized that there aren’t any offline churches now. Even if your church doesn’t have a website what if there’s somebody in the congregation who is using social media? What if there’s someone in the congregation who has internet access but they’re not using that to discuss Christianity but they still have that access. Many people have got a smartphone in their pocket which might be digitally connected all the way through the service. So every church is digital all the time and the question is not what does it mean to be a digital church but how do you use the digital dimension that your church has already got to further your mission in the community.

The internet is not location-based, you can access the internet from anywhere in the world. Does the internet change the church? For example, there is no unchurched place because parishes cover all parts of Germany. If the church becomes digital how does that relate to parish boundaries? Are parishes a structure of the church that is no longer viable in the 21st century?

So the first change is – and really this is true of any kind of media right back to the printing press or the written manuscript before then – that through media people can choose whose voice they listen to. So the parish boundary is not a restriction on communication and in a digital world that is intensified now. Anybody can talk more or less to anybody, we can hear voices from anywhere but at the same time we live in locations and people may travel between locations a lot. Perhaps they move around but there are still located concerns and issues; and the parish still makes sense to me as a way of engaging with a particular neighborhood. Certainly the church needs to carry on thinking about where those neighborhoods are, what communities people move in, and how does a church connect with those communities. The internet itself doesn’t make the parish obsolete.
From a digital anthropology perspective, there’s been a lot of research showing that the internet actually is a different thing in different places and it’s not the same everywhere in the world. Being digitally connected can mean different things to different people in different contexts in different locations. Thinking geographically about where you are and what people need and what they’re talking about in that place is very meaningful today.

Something interesting happens with digital communications which I don’t think is true of older media revolutions. At the grassroots level everyone is connected already and the church is trying to catch up with a media revolution that has already happened. At the grassroots level parishes are connected whether or not they’re using that connection to talk about church, theology and Christianity. The digital world has already arrived. With television it was not really the case that everybody had their own television channel but now everyone has their own social media presence or their online presence. At the same time there is a role for the national church or larger organizations which I would suggest is working on how to harness and encourage and train what’s already happening at the grassroots, perhaps to listen and learn from what’s already going on in society.

What are the most important issues that need to be addressed for the church to become digital?

There’s an ongoing question about the voices the church needs to listen to to be engaged with the right questions in a digital context. That could include listening to the conversations about Christianity and issues of faith or spirituality already going on in the world. It could include trying to build connections between churches and secular businesses and industries which are using the digital well to see what can be learned. It should certainly include encouraging Christians to go into digital professions and to go into digital training so there’s an increasing generation of Christians who know how to build and design and think digitally. There is also a need for digital theology, to get people together who understand building the digital, people who have a voice online with theologians and church communicators to work out and the future of Christian reflection on a digital world.

What is digital theology? If the task of theology is to address issues that are discussed in society what could be the contribution of the church and theology to the digital society?

Digital theology can look in at least two different directions. You can use the theological resources of the Christian tradition to interrogate digital culture, to reflect on or evaluate or criticize or encourage what’s going on in the world around us. You can also look at the ways in which the digital is actually changing Christianity itself, changing Christian communication, Christian priorities, the way Christians are connected together in their communities. There’s a double conversation that each side can affect the other. It’s something that needs to happen in in a group discussion. You need to have digital experts, researchers, people who understand the digital world, and theologians engaged with Christian history. They need to talk together to try and to encourage better conversations.

Can anything become digital? For example counseling or praying? Could you have a chatbot as a counselor or would you argue that counseling for instance is something that needs to be done face-to-face by humans?

I think that’s not a question that we can ever answer in advance. There have often been Christian attempts to decide in advance what cannot be done online: we cannot have online church, we cannot have online prayer, we cannot have online counseling. These predictions have been left behind a little bit by the way the world has developed. There are online churches, there are many spaces of online prayer. If you talk to the people who engage in those spaces they have positive things to say. They have criticisms to make but we don’t know what those are until they’ve happened so the job of the church should not be declaring in advance that some things are impossible. It should be following along with the experiments of the world and seeing what develops — trying things out and then reflecting on experience.

Does every church have to become digital? There are some pastors who are very enthusiastic and others who are tired and do not want to add becoming digital to their ministry.

If you’re a pastor in a congregation you need to think what your congregation needs. It’s definitely not the case that every pastor needs to have a live stream in their church or a Facebook account or a Twitter account. Find out what your congregation could use and benefit from and what the community around them might enjoy.
Online communication happens internationally across boundaries. If the pastor in the next city has got a great blog tell people to go read it. You don’t have to have one as well if there’s a pastor in another country who has a wonderful video channel. If there’s somebody who’s not in the church at all but is doing really interesting campaigning for justice then send people there.
At the same time I think your congregation is almost certainly already digital, maybe in ways that you don’t know about. If you have a congregation of older people maybe they’re using email or social media or some other means, so if you as a pastor just think of the digital as a job that you don’t want to do you’re going to miss out on what your congregation is already doing and you could be part of.